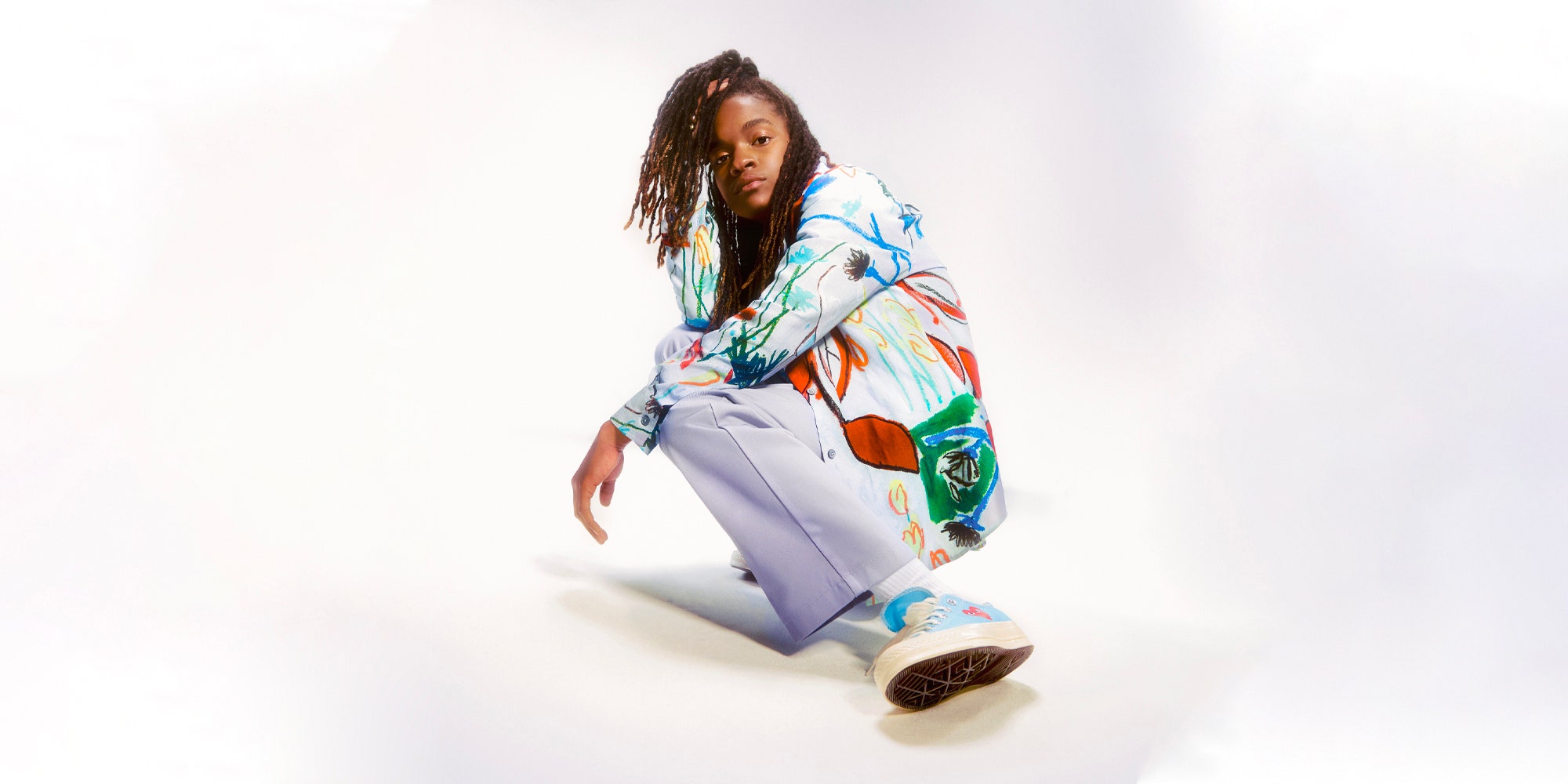 Photo by Nwaka Okparaeke By: Clover Hope - Pitchfork Magazine She’s already won a Grammy, hit No. 1 on the reggae charts, and worked with Jay-Z but, she says, “I have a far way to go.”

Koffee is marveling at the world’s tallest freestanding dinosaur skeleton, a long-necked Barosaurus that makes the five-foot-tall Jamaican musician look like a tiny figurine in comparison. As she stares, a little kid hops onto the platform in front of the dino’s bones to pose for a picture. “That would be a spectacle if that shit fell,” Koffee says dryly. It’s the 22-year-old’s first trip to New York’s Museum of Natural History, and she roams aimlessly at first, consumed by the scale of it all. With a gray OVO hoodie over her head, she mostly observes the enormous creatures in silence, gradually coming alive.

She stops in front of a staged elephant nicknamed Henry. “These are so realistic,” Koffee says, noting that her mom once rode an elephant during a trip to Tanzania. And then, “Yoooo, do you know what I wanna see in real life?” she adds, grinning through braces. “A moose. I heard those are huge.” She wanders over to a cape buffalo that’s about as big as a moose and would make either of us pass out on sight in the wild. Behind a glass partition, however, there’s beauty in its stillness. “Like it’s ready for anything,” Koffee says, comparing the buffalo’s curved horns to a crown of hair. “Even though it’s doing nothing at all, it holds a power.”

The museum is a refuge for Koffee, who’s braving 40-degree February rain in a sweatsuit and no coat. Before our field trip, we met at the plant-based restaurant Butcher’s Daughter in NoLita, where Koffee arrived with an entourage of seven, including her manager, her Sony UK label rep, and her videographer, Champs. The restaurant specializes in smoothies; Koffee ordered hot chocolate and sat at a window stool overlooking a rack of Citi Bikes across the street. Watching cars whiz by, she spoke softly, as if in low-battery mode.

Koffee first came to New York when she was 13 and often visits her dad and brother here, or for work. The previous night, she hit the Tonight Show stage, performing “Pull Up,” the clubby lead single from her debut album Gifted, backed by dancers and a DJ blaring airhorns. Though some artists might consider the late-night performance a triumphant culmination, Koffee also sees room for improvement. “I’m my biggest critic, so I watch back, and I’m like, ‘What can I do better next time?’”

Three years ago, Koffee initiated a sequence to be the next big reggae star. In March 2019, she released her debut EP, Rapture, where she sings about pursuing a peaceful life while witnessing the fallout of poverty and violence in Jamaica. A smooth balance of boasts and affirmations, the project made a strong impression, debuting at the top of Billboard’s reggae chart. (It didn’t hurt when Rihanna posted a video of herself singing along to the sanguine hook of Koffee’s breakout single, “Toast.”) At the top of 2020, the then-19-year-old became the youngest person—and first-ever woman—to win the Grammy for Best Reggae Album. Six weeks later, the entire world shut down.

After returning home to Jamaica, Koffee saw the pandemic recess as an opportunity for a “creative reset.” In July 2020, she released “Lockdown,” a charming anthem about post-quarantine daydreams. Last December, she supplied the slick theme song for the Jay-Z-produced Western The Harder They Fall, a track that was co-written by Jay himself. “I know I have a lot of accomplishments,” Koffee says, “but I have a far way to go.”

Gifted opens with a sample of Bob Marley’s “Redemption Song” and weighty guitar plucks as Koffee sings, “I’m glad I woke up today,” a sunny intro to an album that flows with measured swagger. The sparkling chimes of “West Indies” evoke images of partygoers dancing in slow motion, and “Lonely” is a swaying rhythm about choosing romance over the fear of heartache, replete with effervescent backup harmonies. “That was my most deliberate effort fi go back in time a little bit,” Koffee says. “I wanted to make it clear that this is lovers rock.” Across its 10 tracks, the feel-good record embeds hip-hop, dancehall, and Afrobeats into its reggae core. “I wanted to make it a little lighter than my EP,” she says. “I didn’t want it to be so heavy.”

At the museum, whistles and panpipes echo from an Andean music exhibit, like something out of Sunday Service. It’s easy to imagine Koffee singing over the prehistoric instruments. Growing up with her churchgoing mom in Spanish Town, a hamlet outside Kingston, the singer born Mikayla Simpson found her voice in the pews of her Seventh Day Adventist church. “It’s a very musical denomination,” Koffee explains, “so they include melodic instruments like piano, guitar, and trumpet in the worship.” Every Sunday, her mom would play Cool FM’s “love segment,” along with gospel and classic reggae acts like URoy and Richie Stephens.

The youngest of five, Koffee was a loner with a lyrical ear. She fell in love with the guitar in high school and took up practicing after her grandma got her an acoustic one for her 13th birthday. A friend taught her the chords, and she consulted YouTube, studying the flow and lyricism of reggae acts like Protoje, who later became a mentor. When Koffee was 17, she recorded her first song, “Legend,” an ode to Usain Bolt. The Olympic track star reposted it, creating a pipeline for Koffee to make music professionally.

Koffee now occupies a corner of reggae and dancehall once inhabited by the likes of Sean Paul and Shaggy, and she’s among the few women leading the new school alongside upstarts like Shenseea and Jada Kingdom. She isn’t shy about her desire to make reggae pop. “That’s part of my mission in the long run,” she says. “People like Sean Paul set the example for all of us younger ones to follow.”

But maintaining widespread acclaim is a challenge in an industry that treats reggae as more of an ornamental genre than a mainstay. Even though Koffee’s Grammy win made history, her acceptance speech wasn’t televised for the primetime show. “Winning it was special for me, and I was grateful,” she says diplomatically. “But I think every category should be televised.” For her part, she’s been trying to nudge the Recording Academy to incorporate more genres into its broadcast.

In April, she’ll perform at Coachella; later this year, she opens the Latin American leg of Harry Styles’ tour. When she embarks on her own North American outing in support of Gifted this spring, she plans to record on the road. As she rode from place to place through Manhattan, she would sometimes hum a melody into her phone—but ever so faintly, because she’s “so self-conscious about stuff like that.” No one could hear her over the car radio as she retreated into the quiet storm in her head.